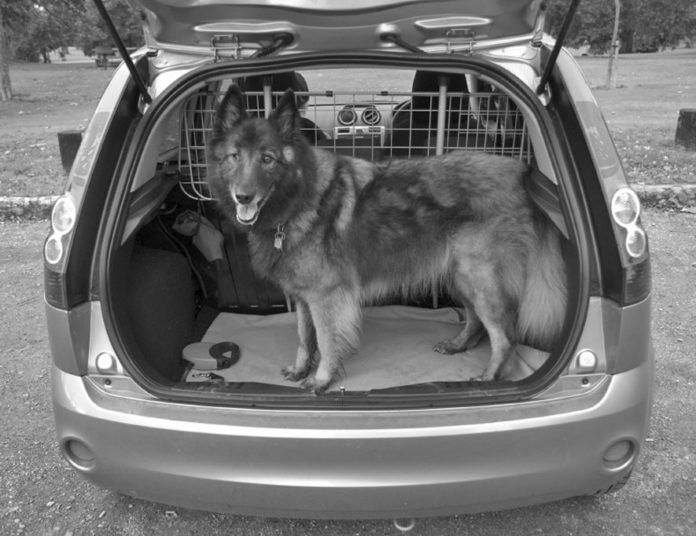 Both Ann Smits of Hyattsville, Maryland, and Kathy Holmes of Milton, Wisconsin, took us to task for showing a photo of a dog sticking his head and paws out the window during a car ride in our March issue. “It is not safe for a dog to ride unrestrained in a car,” Ms. Smits wrote.

Said Ms. Holmes, “Even if the dog had been wearing doggles to keep particles of dust and road grit from harming its eyes, there are other bad things that could happen. It could jump or fall out of the window; it could step on the window-closing button and be trapped in the closing window; a quick deceleration could flip the dog out or slam it intothe doorframe.

“Even if the window had been closed, it is still dangerous for a dog to ride loose in a car. If you wanted to show a dog enjoying a car ride, why not show one safely secured in a seat belt harness that is designed and tested for safe travel?”

They are right, of course. In trying to be light and buoyant, we made a mistake, and we apologize for it. What looks cute or fun isn’t necessarily safe. Please, keep your dog safely secured when driving — in the back seat, where he can’t get slammed by an airbag that deploys should there be an accident. Either have him secured in a body harness that clicks into the seatbelt; put him in a crate that’s secured to the back seat with a seatbelt (snake the belt through one side of the crate and then the other); or, if he likes it, keep him in the back section of, say, a station wagon with a grill or gate between him and the seats for human passengers. He’ll be much less likely to get hurt there than up front.

This isn’t just for your dog’s protection. It’s for yours, too. The last thing you need while driving is to stop short and have your dog become a missile that goes flying straight toward you.

Of course, you don’t want your dog hurt — or worse — in an accident, either. As researchers at Miami University and Saint Louis University demonstrated in a series of studies we discuss on page 15, a dog is as important in your life as a human best friend. No doubt you already knew that. Still, it’s good to have it confirmed. 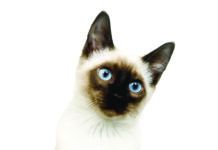 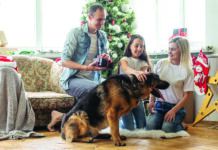