So many of us have been guilty of not picking up our dog’s poop on occasion. People have lots of reasons for these lapses. “Oh, I can see my off-leash dog crouching in the distance, but it’s so far from the path,” or “It’s raining today — I just want this walk to go as fast as possible.” And so on. But according to new research, the more we leave our dog’s waste where they “put” it, the greater the chance that plant biodiversity will decrease and, in turn, contribute to negative consequences in our delicate ecosystem. Such consequences include not being able to farm certain plant crops as easily.

Researchers at Belgium’s Ghent University made the finding when they measured the amount of nitrogen and phosphorus from dog waste that ended up in the soil of nature reserves and semi-urban woods at four different locations. It turned out dog poop left the soil significantly enriched with those two nutrients. While that may sound like a good thing, such soil enrichment greatly favors the growth of a limited number of nutrient-demanding plant species to the exclusion of many other plants, including threatened species. The nitrogen in urine is available to nearby plants just 2 days after a dog relieves himself. (Research in France has shown that once the nitrogen reaches a certain level, it becomes harder to grow certain plant crops.)

Phosphorus doesn’t reach plants as quickly — it can take a growing season — but it can remain in the soil for centuries.

Dogs are by no means soil’s only source of nitrogen and phosphorus. But their contribution is outsized. Consider that across most of Europe, nitrogen deposition in soil ranges from about 5 to 22 pounds per acre each year as a result of agricultural and industrial practices as well as pollution from traffic. Dogs’ nitrogen “deposits” add an estimated 10 pounds just on their own, according to the researchers.

Picking up after your dog goes a really long way. The researchers calculate that if everyone scooped up their dog’s poop, nitrogen deposition in the soil would go down by 57 percent. Phosphorus deposition would be reduced by 97 percent.

The scientists point out that across Europe and the U.S. combined, there are 160 million pet dogs. So it makes sense that a trans-Atlantic commitment to cleaning up after our dogs would have a huge impact on the health of our ecosystem.

Could Your Dog Have ADHD? 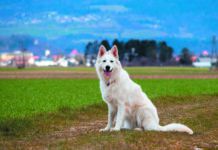 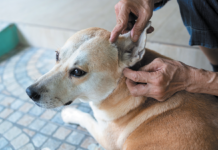 The Clinical Exam You Can Administer Yourself