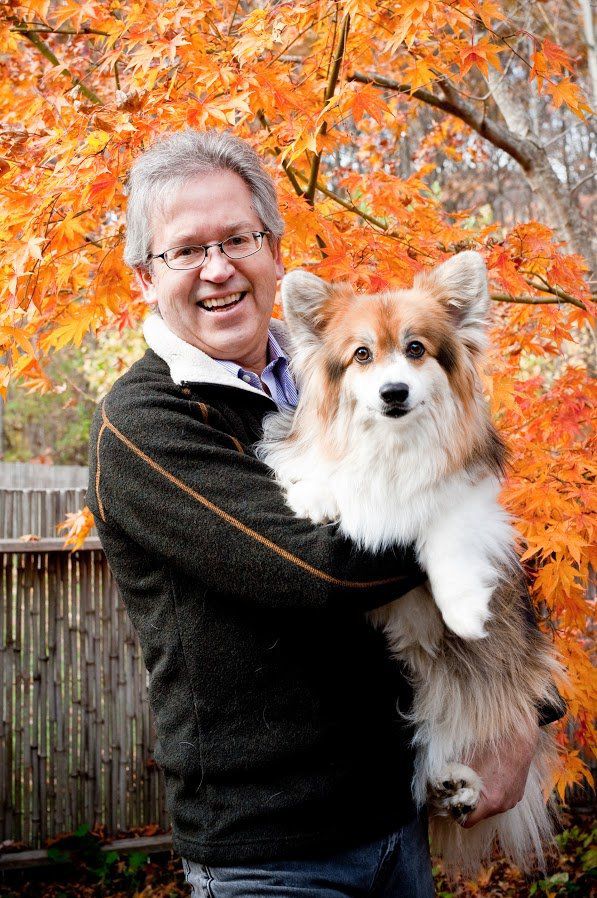 Say “heart disease” when referring to people, and you’re usually talking about narrowed arteries that impede blood flow to the heart muscle, which increases the chances for a heart attack. Say “heart disease” when referring to dogs, and you’re usually talking about a faulty valve between heart chambers that keeps blood from flowing forward, as it’s supposed to. Instead, the heart enlarges from pumping harder than it should have to, and fluid eventually backs up into the lungs. That’s congestive heart failure, and it means the dog keeps gasping for air until he finally reaches a point that he can no longer breathe.

There is a solution, and in people it’s used all the time. It’s surgery either to repair or replace the faulty valve. Once that’s taken care of, the person can essentially go on to live his normal life span without difficulty breathing. But valve surgery for dogs has not yet hit mainstream veterinary medicine. Instead, a dog’s valvular disease is typically managed with drugs and dietary changes until the situation deteriorates to the point that the pet succumbs, or, as is most often the case, is put down to avoid any further constant struggling for air.

To learn more about the state of care for dogs with faulty heart valves that lead to congestive heart failure, we spoke with Tufts veterinary cardiologist John Rush, DVM, one of the leading researchers as well as clinicians in the field. Dr. Rush is board-certified in both veterinary cardiology and emergency and critical care, and is the owner of three dogs of his own.

Your Dog: Why is it that there’s heart valve repair or replacement for people but not for dogs?

John Rush, DVM: Actually, there’s a veterinary surgeon from Japan — Masami Uechi — that I would be very happy to send a dog to for valve surgery. He has a reasonably good track record for success — probably 85 to 90 percent. But at this point in time, other than Dr. Uechi and his team, there’s not a surgical group I’ve heard of who can reliably keep a dog alive longer than drugs and dietary interventions can. It’s not that researchers aren’t working on reliable operations to fix faulty heart valves in dogs. It’s that for the most part, the surgical techniques haven’t come far enough.

Your Dog: Have you sent a lot of clients with heart failure due to faulty heart valves to Dr. Uechi for surgery?

Dr. Rush: At this point in time, he only does the operation outside of Paris, in Versailles, and in his native country of Japan. The cost to have the operation done in France, including travel expenses, two weeks of hotel expenses for the owners, and so on, is roughly $40,000. Most people don’t have the resources to consider that option. My understanding is that it costs considerably less in Japan — more along the lines of $20,000 to $25,000 — but in Japan, there’s a 6-month quarantine. We have one or two clients at Tufts who are on track to quarantine their dog in-house and then go to Japan for the surgery. The difficulty is that once a dog has documented pulmonary edema — fluid in the lungs, the hallmark of congestive heart failure — the median survival rate is only maybe 6 months to a year. So it’s literally a race against time. And many dogs don’t survive even that long.

Your Dog: But don’t some dogs live up to two years if you keep tweaking the drugs and dietary interventions?

Dr. Rush: That’s quite possible, but it is not the most common outcome. Even survival to a year past the onset of pulmonary edema is something usually achieved only by veterinary cardiologists. Granted, there are very little data from general practitioners working on their own. But my suspicion is that the outcome in general practices is not going to be nearly as good. One study indicated that working with a veterinary cardiologist can increase survival time by at least 100 days. It makes sense.

Here at Tufts we have a group of veterinary cardiologists who are really proficient at tweaking the cardiac medications, and many dogs are on six, seven, or eight medications if they are going to live two years with heart failure. But if a general practice veterinarian is comfortable with only three or four cardiac meds, they are less confident in picking a fifth, sixth, or seventh medication to add in. They also might not be as good at dealing with how to manage possible side effects, how to improve appetite once it starts to wane, and other challenging aspects of heart failure management. Owners play a role in survival time, too.

Dr. Rush: It takes extraordinary dedication, not to mention luck, on the part of a dog owner to keep his pet alive once congestive heart failure develops. I don’t mean just having a newly diagnosed heart murmur, which is the front end of the disease in which the heart has to work harder to keep fluid out of the lungs and can go on for a few years with drugs and diet changes, but congestive heart failure, the end-stage part where fluid has leaked into the lungs, and sometimes the abdominal cavity.

You have to consider that often, the owner of a dog with any chronic disease will allow for two bumps in the road — two recurrences of fluid in the lungs, for instance, or fainting, or a drug side effect, and then they’re done. It’s not because they don’t love their dog, but the emotional toll and the medical expenses, as well as concerns about quality of life for their dog, can prove too much. They can’t keep going through more emergency room visits, urination in the house, letting the dog out to pee in the middle of the night, adjustments of medications and diet, and so on. There’s great variability in owners’ ability to tolerate the issues.

Your Dog: Given all those difficulties, what is it that’s holding up the development of valve surgery for dogs in the US?

Dr. Rush: With any new procedure that involves the heart, there’s a tremendous learning curve. For instance, for people, there’s a valve procedure that uses something called the MitraClip. It’s great for people who are too frail to have open-heart surgery to repair or replace a valve. Instead of exposing the chest cavity, the surgeon goes through a vein and grabs either side of the compromised valve and does some stapling that keeps blood from flowing backwards toward the lungs. But it needs to be done with a catheter that you thread through the heart, and the challenge with dogs is that the catheter is huge — bigger than you’d be able to get into most dogs. A smallish dog with valve disease like a Cavalier King Charles spaniel just isn’t going to have a vein that’s going to be able to accept the device. The area to work in is much smaller in a dog as well; the surgeon can’t maneuver as easily.

Researchers at Virginia Tech are currently trying to perfect minimally invasive valve surgery for dogs with a device of their own. It’s currently under development. Maybe a handful of surgeries have been done — but this new technique has not yet been shown to have better survival times than medical management alone. Related work with a different novel device is going on at Colorado State University.

At some point they’ll make a breakthrough. We’re just not there yet.

Your Dog: How long do you think it will take?

Dr. Rush: Someday, maybe 5 to 15 years from now, maybe even a little sooner, there’ll be a surgical device that has a pretty good track record, and the operation will hopefully cost about $5,000 and be routinely covered by pet health insurance. To me that’s the Holy Grail — some device designed for even small-breed dogs that can attend surgically to valve disease with a minimally invasive approach rather than open-heart surgery. That will be much more financially accessible to most people than the open-heart surgery performed by Dr. Uechi, and certainly more accessible than the option of flying back and forth to Paris for $40,000.

It should be that way. To me, valve disease is a surgical disease. In dogs, it’s currently a medical and dietary disease due to cost and availability, not because that’s the better way. At some point it is highly likely that there will be a switch.