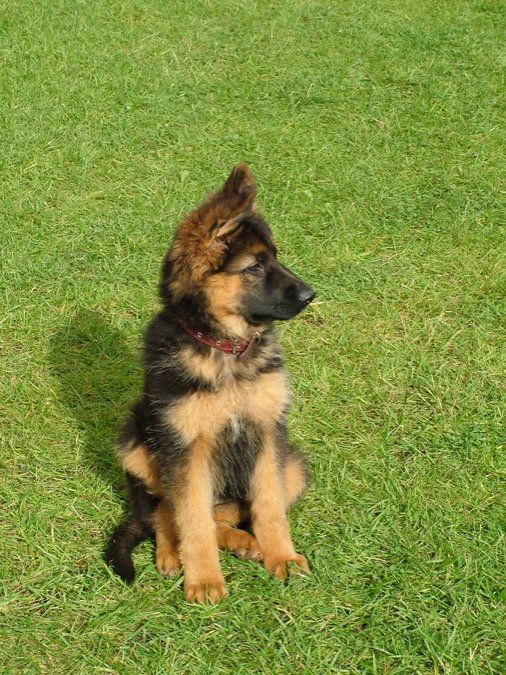 Gigi, a newly adopted German shepherd mix puppy, was in obvious pain. “At first she would scream out if she was bumped by another dog or if she’d jump down from the couch,” says Gigi’s owner, Abby Baker of Phoenix, Arizona. “It got to the point where she couldn’t walk or stand by herself most of the time.”

After multiple visits to a local emergency and specialty animal hospital, Gigi was eventually diagnosed with meningitis in her lumbar spine, or lower back. Because of her very young age and small size—she weighed less than 13 pounds at the time—the only appropriate form of the pain-relieving medication gabapentin was liquid, which she was prescribed. The emergency hospital didn’t have the proper dose in stock, so the veterinarian recommended Ms. Baker have the prescription filled at Walgreens.

“They picked out a location with us and everything, and told us that we should be able to hand the prescription to the pharmacist and have them fill it. There shouldn’t be any problem. No special instructions,” Ms. Baker says they told her.

For the next couple of months many of Gigi’s symptoms persisted, including difficulty walking and standing and general weakness. But new ones were added: diarrhea, occa-sional vomiting, and overall lethargy. She now had low blood sugar, too. Why didn’t become clear until one day during a routine appointment with a veterinary neurologist.

“We were describing how we were getting the gabapentin prescription filled,” Ms. Baker explains, “when the doctor mentioned that we should be careful because human pharmacies can mix or flavor gabapentin with xylitol.”

Xylitol, a naturally occurring substance, is often used as a sugar substitute, or sweetener. While fine for people, it is toxic to dogs and can cause hypoglycemia (low blood sugar), gastrointestinal upset, seizures, liver failure, and even death. No wonder Gigi was now vomiting and lethargic.

Ms. Baker immediately began having Gigi’s prescription filled at a different pharmacy and compounded with a different sweetener. The animal hospital ran blood tests at no charge, and it was determined that Gigi’s xylitol exposure had caused no detectable damage to her liver or other organs. But her veterinarian believed that it likely contributed to her chronic gastrointestinal upset, resulting in fatigue, and was also responsible for the low level of sugar (glucose) in her blood.

“We were really lucky,” Ms. Baker says. “It’s certainly worrying that there was that risk and we didn’t even know it.”

It’s not surprising that many dog owners fill their pets’ prescriptions at human and online pharmacies, often because of price. Some also find refilling prescriptions more convenient at their local CVS or Walgreens or Rite Aid, where they might be doing other shopping, anyway.

Margot Vahrenwald, DVM, who owns Park Hill Veterinary Medical Center in Denver, Colorado, estimates that upwards of 30 percent of her clients will take written prescriptions to be filled at human or online pharmacies in order to save money.

Granted, Dr. Vahrenwald says, “sometimes we have coupons that aren’t available through other pharmacies for things like heartworm preventives.” But “for other medications, if clients have found a cheaper option, which sometimes they definitely will, we’ll give them written prescriptions. Or in some cases they’ll use our online pharmacy or one of the other online pharmacies.”

Dr. Vahrenwald points out that even with coupons and other price breaks, the prices of prescription medications are largely dependent on supply and demand, and most human pharmacies are able to purchase drugs in larger quantities because of greater demand; therefore, they pay less for them and pass that savings onto consumers.

“It’s not just the cost of the drug” that keeps the price down, she says. “It’s the cost of the ordering and the holding and the overhead associated with that drug, which every pharmacy, no matter where, has to cover with a dispensing fee and pricing,” says Dr. Vahrenwald. “I always explain to owners that I’m not Walgreens. I can’t stock the same volume that Walgreens dispenses in a month, and so the volume that I purchase reflects that cost.”

Is the cost savings worth it? Is it safe to have a pet’s prescription filled by a human or online pharmacist? It can be, but for your dog’s health, and even her life, there are three tips always worth keeping in mind.

1. Drugs normally compounded for people may have substances that are toxic for dogs.

Ensure the human or online pharmacy never compounds your dog’s medication using xylitol or other substances possibly toxic to your pet.

Communication is key here. Tell your veterinarian that you’ll be filling your dog’s prescription at a human pharmacy and ask about potential ingredients that could make the medicine unsafe for your pet. Also, tell your pharmacist that your prescription is for a dog and ask if the medication will be compounded, that is, if ingredients will be mixed. If they will, learn those ingredients and then check with the vet to make sure the product is safe for dogs.

Dr. Vahrenwald would prefer a pharmacist call her with questions or concerns when filling a prescription for a dog, although she concedes that rarely happens. “It’s not common that pharmacists call veterinarians,” she says. “Pharmacists and pharmacy technicians are under such time pressure to fill prescriptions that there is not time to call veterinarians in addition to the calls they make to human pharmacies.”

Allison Mack, senior specialist, media relations for Walgreens, says, “When it comes to filling pet prescriptions, our pharmacists may use various clinical resources, such as Plumb’s Veterinary Drug Handbook, that are specific for pets, since animals respond differently to drug therapies than humans.”

But, she adds, animal prescriptions make up a very small percentage of the prescriptions filled at Walgreens pharmacies, and the use of those resources is not required of pharmacy staff.

Note: When a medication is compounded, it’s often with a sweetener to improve palatability. Not all sweeteners are dangerous for dogs. Some, like sugar and syrup, are safe for them, says Casara Andre, DVM, owner of Healthy At Home, a Denver-area network of veterinary house-call professionals.

2. There may be drug storage or chain-of-custody issues.

Consider that some active ingredients are deactivated by heat and light, and not all pharmacies (especially some online pharmacies) are careful with their chain of custody.

Heartworm and flea/tick preventives are perfect examples of this, Dr. Andre says. Their active ingredients lose efficacy when exposed to heat and light.

“Did they store it appropriately?” she asks rhetorically. “When it came to you, did it sit on a truck for too long? Did it sit outside your door for too long?”

3. Be aware of potential drug reactions and interactions.

Never accept drug substitutions, especially for NSAIDs (nonsteroidal anti-inflammatory drugs) and other pain relievers. You could be courting adverse reactions in your dog. If your veterinarian prescribed a specific pain medication for your pet, use only that medication. Certainly, do not try to save money by buying an over-the-counter NSAID instead of filling the prescription. Many over-the-counter drugs are not safe for dogs and can prove a medication minefield.

Substitutions could also cause problems with other medicines your dog is taking at the same time. “The veterinarian knows what other drugs the animal is on,” says Dr. Andre. “So by substituting, they may not interact appropriately. A combination might be okay for people but not for dogs, and that can get a pet owner — not to mention the pet — into a lot of trouble.”

“Common NSAIDs for dogs are carprofen and meloxicam,” Dr. Andre continues. “The brand name of carprofen is Rimadyl, and that’s one that we’ve seen human pharmacies start to carry. That one, as well as any other NSAID, should never be mixed with a steroid, such as prednisone.” When given concurrently, the two can compromise blood supply to vital organs, potentially leading to kidney injury and liver damage, and even perforation of the gastrointestinal tract.

Dr. Vahrenwald has had firsthand experience with a human pharmacist making a recommendation that was different from the prescription. “I had one patient end up at the emergency hospital because they got a different product than what I had actually written out,” she says. “And the prescription was right there in the person’s hand. But the pharmacist said, ‘Well, try this.’ And it had a decongestant in it that was not agreeable to the patient.”

Specifically, Dr. Vahrenwald had written a prescription for Claritin (loratidine), and the pharmacist gave the pet owner Claritin-D (loratidine + pseudoephedrine). Pseudoephed-rine is toxic to dogs and can cause restlessness, agitation, hyperactivity, tremors, increased heart rate, hypertension, hyperthermia, panting, and other, less common but serious, effects.

Is it Just About the Cost?

“Don’t be afraid to be honest with your veterinarian if you have cost concerns,” Dr. Vahrenwald says. “That will help us either change our plan or our drug ideas, or we’ll work with you to try to find the best option.”

For instance, if a pet owner tells Dr. Vahrenwald that price is a concern, she says she’ll sometimes choose a different antibiotic or an entirely different class of antibiotics. “We can also decrease the volume dispensed when the drug is first prescribed and have the pet owner refill to spread the cost out over the course of the treatment,” she offers. “Or we can provide a written prescription if it is a drug available at less cost due to increased dispensing volume at a human pharmacy.”

There’s no doubt that dog owners will continue to shop around for the best prices for their pets’ prescription medicines. Because drug prices are inconsistent, it’s important to keep updating your research. If you do end up at a human or online pharmacy, never hesitate to speak up and ask questions when it comes to your pet’s health, keeping the above tips in mind to guide you in your line of inquiry. 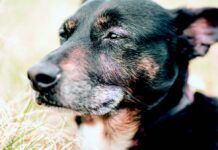 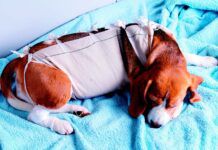 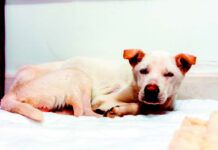