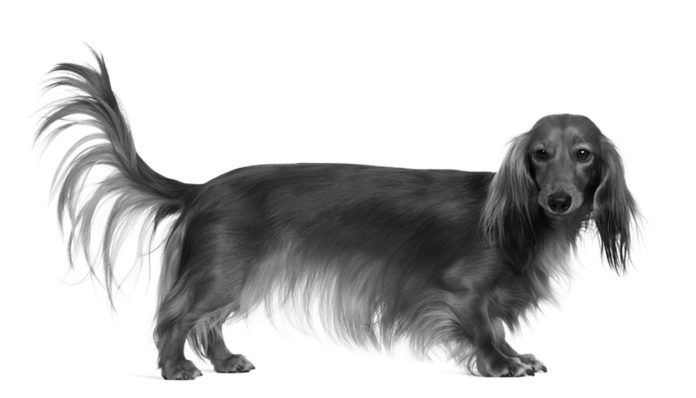 Kato, a one-year-old Siberian husky, had been missing for three days. His owner was frantic. Finally Kato returned home with a ghastly wound. His tail had been what veterinarians call de-gloved — the skin was stripped away — and you could see bone and muscle hanging out. In addition, one of the tail bones had been fractured — it showed on an x-ray.

“Cat tail injuries are a bit more common,” says John Berg, DVM, editor-in-chief of Your Dog (and its sister publication, Catnip). “Cats lay in a sunny spot and the rocker goes over their tails. Or their tails get stepped on by accident. But we definitely see tail accidents in dogs, too. A dog may try to run while her tail is fixed in place by something, for instance. Or she experiences tail trauma when hit by a car. She’s able to get out of the way of the oncoming car, except for her tail.”

Sometimes there’s chronic trauma from, say, a dog wagging her tail on chicken wire fencing surrounding an outdoor run. “A dog kept in a run all day might keep wagging her tail and thereby constantly whacking it on the wire, abrading the tail tip and causing chronic lacerations that then bleed,” Dr. Berg says.

There are also tail tumors, which can be either benign or malignant. In fact, comments Dr. Berg, “the tail seems to be an area on dogs that gets a lot of skin tumors.” And while not all are malignant, a significant proportion are. “It’s a hard area from which to remove tumors,” Dr. Berg says, “because the skin around the tail is really tight. Thus, when you remove the tumor, it’s hard to close the incision. That’s why, very often with skin tumors on the tail, instead of excising the tumor, we just amputate the tail. It’s often the best bet for making sure a tumor doesn’t recur.”

It may seem harsh, Dr. Berg says, but only for the owner. “Dogs, excuse the expression, never look back once the amputation is done.” They don’t tie their appearance into their view of themselves, and tails are not an anatomical necessity — the tail doesn’t have any major function — so it’s not as though they lose something they need to live a full life.

Similar solution for other tail problems

For a de-gloving injury like Kato’s, amputation is also the usual solution. “We can suture minor lacerations,” Dr. Berg says, but with major trauma where the nerve supply is disrupted or there are multiple bone-crushing injuries, “we don’t make major efforts to save the tail. Not only is it not cost effective for the owner, but also, severe injuries — particularly nerve injuries — often fail to heal.”

That said, not all injured tails need to be removed. A dog may fracture a single bone in a tail, for instance, and while you can’t put a cast on a fractured tail bone or reset it (bones in the tail are little vertebrae, a continuation of the spine), it will usually heal on its own. The tail may end up with a curve or kink in it, but it’s nothing that will cause the dog any discomfort or get in her way.

Owners do have to make sure that any neurologic deficits that may appear when there’s a tail injury don’t affect other body tissues. Sometimes, Dr. Berg says, “if the tail gets yanked hard enough, not only the nerves to the tail might be damaged but also the nerves to the bladder and anus. And that could mean the dog loses all control over urinating and defecating. It doesn’t happen often,” Dr. Berg notes, “but it does happen.”

Quite predictive of whether the bladder and anus muscles will regain their function is whether skin sensation is retained around the anus. If the dog reacts when the veterinarian stimulates the area, there’s a very good chance control over urination and defecation will return. Still, you have to take a wait-and-see approach in such cases, Dr. Berg says. “If the nerves are just stretched, there’s a good chance they’ll recover and the dog will not remain incontinent. But if the nerves are torn, they probably won’t. It takes about two months to see if there’s improvement. If there isn’t, euthanasia can be an option,” Dr. Berg says. “But it rarely comes to that. Permanent incontinence is more common in cats.”

Kato the Siberian husky certainly had no trouble relieving himself at will after his trauma. Once his tail was amputated, he was his young self again.