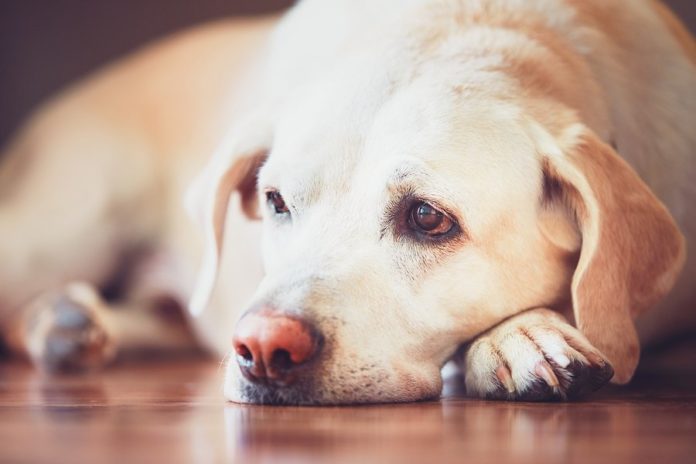 Chances are you’re part of the other 94 percent, meaning the 94 percent who don’t have health insurance for their dog even though it’s so highly recommended. So when the veterinary bills start piling up, your credit card balance can get ugly.

“I’d like to run some tests” can herald particular financial dread. You know you don’t want to tell the vet not to go ahead — your dog’s health is at stake, after all — yet you don’t have a firm understanding of what you’re signing on for.

One of the tests most often ordered is a CBC, or complete blood count. You should go for it. While it costs close to $100, and sometimes even a little more, it tells the veterinarian a lot up front about how she should be proceeding.

Let’s say, for instance, that your dog just doesn’t seem her usual self. Perhaps she’s more fatigued than usual, or rather weak and lethargic, or maybe she has lost her appetite. Such symptoms can be attributable to any number of health issues — an infection, anemia, or some other serious problem — and the results of a CBC can help tell whether or not anything is wrong and, if so, what subsequent tests should be ordered.

Sometimes a CBC is called for when nothing seems wrong. A dog might be about to have a surgery, and the vet wants to make sure the type of anesthesia she has in mind will be safe before she goes under the knife. Or your dog might have entered the geriatric years — 6, 8, or 10, depending on her size — and the doctor simply wants to get a general baseline of her health against which to monitor future changes.

For all these reasons, the CBC is one of the most commonly ordered screenings. At Tufts, “we probably run 50 CBCs a day,” says Your Dog editor-in-chief John Berg, DVM.

The tests looks at two things: 1) the numbers of different types of cells in the blood and 2) what those cells look like.

Blood cell tallies are computed by a machine. A lab tech injects a dog’s blood into it, and it spits out the numbers after doing the counting. Then a blood smear is made and evaluated by a medical technologist, with any concerning samples further evaluated by a clinical pathologist. (See box on page 9 for more on blood smears.)

There are three types of blood cells — white blood cells, red blood cells, and platelets — and the numbers for each signify different things.

White blood cells. The normal range is roughly 5 to 17 (thousand per microliter of blood). If there’s an infection (the most common reason for a high white blood cell count, says Dr. Berg), the number may climb to 25. If there’s leukemia (cancer of the bone marrow, which produces not just white blood cells but also red ones and platelets), it can reach at least 100. The malignancy causes the overgrowth of immature white blood cells specifically.

When red blood cell count is higher than normal, the condition is called polycythemia, and it is either “relative” or “absolute.” Relative is much more common. It means the red cell count is high only because the dog is dehydrated, most often from severe vomiting or diarrhea, and will correct to normal when the pet is rehydrated. Absolute polycythemia, meaning the number of red blood cells is truly higher than it should be, may occur with rare forms of heart disease that allow blood to bypass the lungs without picking up oxygen. It can also develop as a result of a tumor of the bone marrow or kidney, or sometimes even spontaneously.

The machine that assesses red blood cell level by looking at count, hemoglobin, and hematocrit also looks at a few other aspects of red blood cells to help veterinarians diagnose disease.

One is mean corpuscular volume, or MCV, which measure red blood cell size. When red blood cells are first released from the bone marrow, they are relatively huge. These immature red blood cells are called reticulocytes. As they mature, they become smaller. If a dog is anemic but there are a lot of big cells, it means the bone marrow is responding to the blood loss by making a lot of new cells. “We call the response regeneration, and it’s a good thing,” Dr. Berg says. “We want anemias to be regenerative.” If you have a low red blood cell count with a low MCV, indicating that regeneration is not happening in the way it should, it could mean there’s an issue that’s not letting the bone marrow respond to a loss of blood. The marrow is “tired,” perhaps from chronic iron-deficiency anemia resulting from chronic internal bleeding — a slow “leak” that needs to be identified and fixed.

Platelets. The third type of blood cell, platelets are involved in clotting. Specifically, they plug little defects in the linings of blood vessels. If a dog hits her paw against something or gets bitten, the platelets are the first line of defense, plugging the initial leak. Clotting factors then help provide a more permanent seal until repair occurs.

If platelet count is low — thrombocytopenia — or if the platelets don’t work well — thrombocytopathia — unexplained bleeding may occur. It’s usually under the skin (as in the case of bruises) but can also be gastrointestinal or nasal. Low platelet count is usually caused by a derangement of the immune system, cancer, or bone marrow failure. When the immune system is not working right, it accidentally views the platelets as foreign invaders and kills them off in circulation. This can generally be treated effectively. Another cause for low platelets is tick infection. (And some breeds of dogs, such as Cavalier King Charles spaniels, normally have low platelet counts.)

Situations in which platelet count is adequate but their function is abnormal can be a result of the effect of drugs. It can also result from certain infections, kidney failure, or again, cancer. And some dog breeds, notably Doberman pinschers, have an inherited disease called von Willebrand’s disease that affects platelet function.

Only in very rare cases does platelet count go too high, but chronic steroid therapy, Cushing’s disease, or prior removal of the spleen can make it happen. The condition is called thrombocytosis.

The numbers don’t tell all

Every printout of the CBC will give the normal range for all the values, so it will be easy to see at a glance if any of your dog’s values fall outside of what is considered okay. But not every number that’s “not normal” signifies a problem. Consider that greyhounds tend to have higher red blood cell counts than other breeds. No doubt all those extra richly oxygenated red blood cells help them run so fast.

Some dogs may also just tend to run a little low or a little high compared to what labs call normal, but that doesn’t mean they’re unhealthy. It’s the same with people. Many of us have gotten back a number “out of range” after a blood test and called the doctor’s office to find out what’s wrong, only to learn that the value is nothing to be concerned about.

For that reason, it’s a good idea to get a baseline CBC as your dog transitions from middle age to geriatric. Then you know what normal is for your particular pet.

In interpreting the numbers, the veterinarian must also know how to spot false negatives and false positives. Let’s say a dog is suspected of having pneumonia — she’s coughing and running a fever. But her white blood cell count is normal, which isn’t consistent with the presence of an infection. The doctor may rely on chest radiographs and prescribe antibiotics anyway, going with the hunch that the bone marrow’s response is running behind the actual symptoms and that the CBC has shown a false negative.

“This is one of the reasons that some tests are run multiple times,” Dr. Berg says. “An individual test at a particular moment in time may fail to capture the problem, or may make it look like a problem when there isn’t.”

It’s a good idea to keep a folder of your dog’s CBC results. That way, you can track trends over time. Keeping a record is also valuable if you don’t go to the same vet for the entire length of your dog’s life. If a number has always been a little out of whack but the dog is healthy, it won’t raise a red flag to the new vet — one that could end up causing you to chase down a problem that isn’t there.