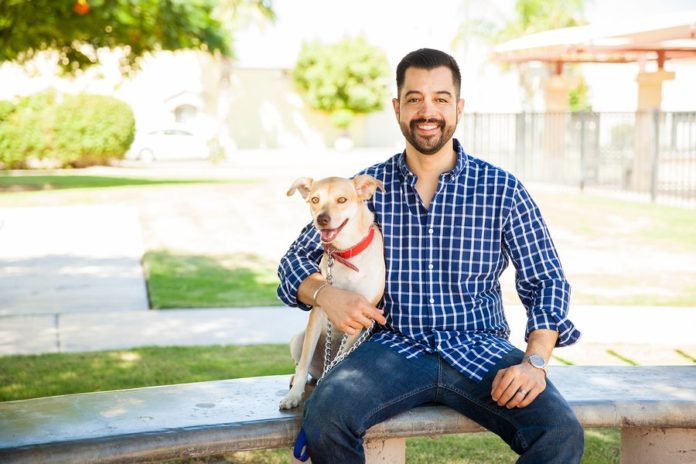 Guys in search of a relationship, forget spending grueling hours at the gym in an attempt to make your body more buff and therefore more attractive to women. Just get a dog. Research published in the journal Anthrozoos: a multidisciplinary journal of the interactions of people and animals, found that men with a dog have an easier time getting a woman’s phone number.

What is it about a man with a dog that makes him more attractive to women? At least one advisor to match.com posits that a man who has a dog is seen as a nurturer, someone who can go the distance in really caring for — and caring about — another person. Indeed, research has indicated that people with dogs are often perceived as being more empathetic than the dog-less among us. After all, if you’ve got a dog, you’re going to get home after work to walk it, to feed it and pay attention to it. You’ve already proven that you’ve devoted yourself to another rather than to nights of carousing. You’ve shown that you can be in it for the long haul.

One study even found that people with dogs are simply more likable. More than 30 subjects were asked to look at pictures of people alone, with dogs, and with flowers. The central finding: people with dogs received the highest ratings.

Still not convinced? A match.com survey of more than 1,200 people revealed that fully one third of the respondents found someone more attractive because they had a pet. In addition, more than half said they would find someone more attractive if they knew the person had adopted a pet. And more than half said they would not even date someone who did not have a pet. Other findings: the majority of those who had a pet of their own would watch very carefully to see how their date responded to the animal and interacted with it; it would serve as an important clue about whether the person was right for them. Women felt more strongly about these issues than men, the survey found.

Of course, it’s got to be real. If you’re a man who doesn’t like dogs but gets one to serve as your chick magnet, women are going to figure that out pretty quickly.