Home DOG TRAINING AND BEHAVIOR Why Psychotropic Medication to Help a Dog Through a Behavioral Issue Is...
Print
Email
Facebook
Twitter 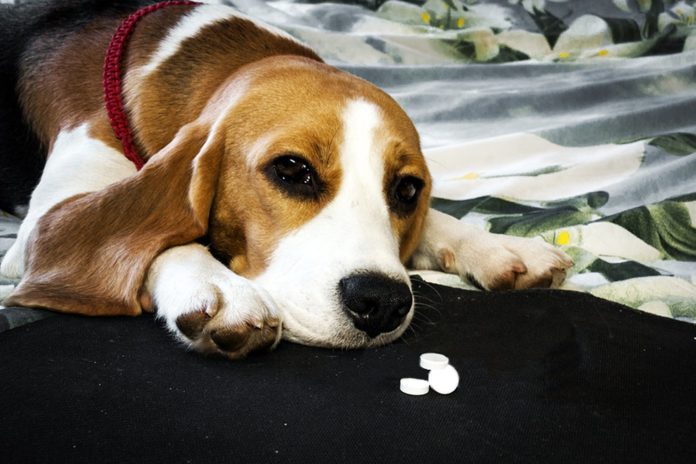 One of the big things people worry about is drugging their dog,” says Stephanie Borns-Weil, DVM, the board-certified animal behaviorist who heads the Tufts Animal Behavior Clinic. She is referring to clients’ reactions when she suggests that their dog could use a psychotropic medication to get them over the behavioral hump, whether for separation anxiety, fear aggression, or some other emotionally charged issue. “They think that using a psychotropic medication means sedating a dog out of her troubles,” the doctor says. “It’s sort of a holdover from One Flew Over the Cuckoo’s Nest.

“Certainly, there are situations that it is appropriate to sedate a dog, but that’s if you’re going to do something for medical purposes rather than psychological ones. For instance, if you’re going to remove porcupine quills, a dog wouldn’t want to ‘be there’ for that and should be sedated.” However, she continues, “if it’s a situation where they have to learn a different strategy for living comfortably in the world, sedation is not at all what I’m going for. In fact, I would consider sedation an unacceptable side effect if we did encounter it.”

Here are four other things people worry about when it is suggested to them that their dog could use a psychotropic medication as part of behavioral therapy — and why they shouldn’t.

1. She won’t be my dog anymore. Her personality will change. Dr. Borns-Weil contends that an anxious dog who can’t control her behavior is not the dog she’s supposed to be. “When I use a psychoactive medication such as an antidepressant or anti-anxiety drug,” she says, “I want it to help reveal the dog’s personality underneath a blanket of anxiety and fear. I try to reassure people that the reason I’m using the drug is to help their dog feel better so that she can be the dog she’s supposed to be. You use a medication to lose the problem and keep the dog. You don’t want to lose the dog.”

2. If I give my dog a drug, it means I’m a failure because I wasn’t able to get behavior modification to work. “I used to tell people that I was prescribing a drug as a last resort, if behavior modification didn’t work on its own,” Dr. Borns-Weil says. “I don’t do that anymore. It kind of implies that you use a drug when behavior modification fails rather than as a tool to help you help your pet through a behavioral modification protocol. It also leads some people to give up on behavior mod, as if they could switch out one approach for another. But you can’t. Behavior modification always has to be in the mix. The medicine simply facilitates it by ratcheting down a dog’s anxiety or fear enough that she can attend to her owner’s cues. “You can’t learn when you’re panicking,” the doctor notes.

“That holds true whether I prescribe medication after behavior modification has been tried by itself for a while or whether I prescribe it up front,” she says. “If I feel a drug is going to make a dog feel better to the point that she has a chance of being able to cooperate with her owner whereas otherwise she wouldn’t, I’ll suggest it up front.” No more is it seen as the last option left for only the most intractable cases. And it certainly has nothing to do with an owner’s not trying hard enough, or not being good enough at helping a dog.

“It totally depends on the situation,” the doctor says. “If a dog comes to me aggressive and potentially dangerous, that means not only are other people’s and dogs’ safety at risk, but also that her own life is at risk because if she hurts someone, she can be put down. That’s a dog you want to turn around yesterday, and there’s no downside to using a psychotropic drug at the beginning. For instance, the antidepressant fluoxetine [Prozac], which decreases anxiety, “has very little risk of serious harm, and if a dog does have side effects, you just stop it. The effects — tiredness, loss of appetite — go away and you try something else. I’ve found that fluoxetine can be really effective at decreasing aggression, particularly aggression directed at the owner.”

3. If I start my dog on a mood-altering drug, she’ll never be able to go off it. If a dog has severe separation anxiety or perhaps post traumatic stress-based fear — something awful happened to her in the past that she can’t get over—or she’s afraid of a billion different loud noises, then yes, she may need to stay on medication as her owner continually works with her on behavior modification. Even the most loving owner is not going to be able to anticipate every single triggering event in those situations; you can’t desensitize a dog to the entire world.

That’s a large part of the reason it’s so hard for dogs to get past thunderstorm phobia. Thunderstorms are multi-sensorial phenomena — sights, sounds, air flow — for which it’s impossible to control all the stimuli in a gradual, desensitizing fashion. Thus, medications for dogs with issues like thunderstorm phobia are often critical over the long term. It’s the same for dogs with compulsive disorders — the clinical signs tend to come back when the medication is discontinued, and many dogs with OCD-like symptoms need to stay on the drug indefinitely.

But so what? If a dog is calmer and feels more secure with the lowest dose of medication that’s going to help — “and I’m always tweaking the dose to give a dog the least amount possible that will get her over the hump,” the doctor says — why is it then important to discontinue it? If a person with ongoing morbid depression felt better and was more functional taking an antidepressant drug, would you take the drug away and let the person remain miserable just because of a faulty notion that the problem should be “cured” with only short-term use of pharmaceuticals?

All that said, oftentimes a dog’s dosage of a psychotropic drug can be decreased or even eliminated completely once behavior modification works in tandem with the drug to get the problem under control. There often can be adjustments downward. But ironically, owners don’t always want adjustments once they see how much a drug helps. “I’ll say to people, ‘Your dog is in a much better place now; would you like to taper the medication?” Dr. Borns-Weil recounts. To which they’ll reply, “‘Not on your life. My dog feels good for the first time since I’ve had him.'”

4. Giving a pill or two every day is too much of a hassle. It’s true that some dogs don’t like to take pills; it takes some getting used to, and you may have to find just the right food treat to wrap the pills in to make the medicine more enticing. You also have to deal with running to the vet’s office or pharmacy for refills. Furthermore, although the psychotropic medicines usually prescribed for dogs are not expensive — maybe $20 for a month’s supply — the cost does add up over time.

Still, compare those inconveniences to having to worry about a dog who’s aggressive to the point that she might bite a person or another dog, or one who has such severe separation anxiety that you can’t leave the house without her trashing it, or simply is anxious or afraid or phobic and therefore miserable. The hassle of the medication pales in comparison to the relief felt by the dog — and you.