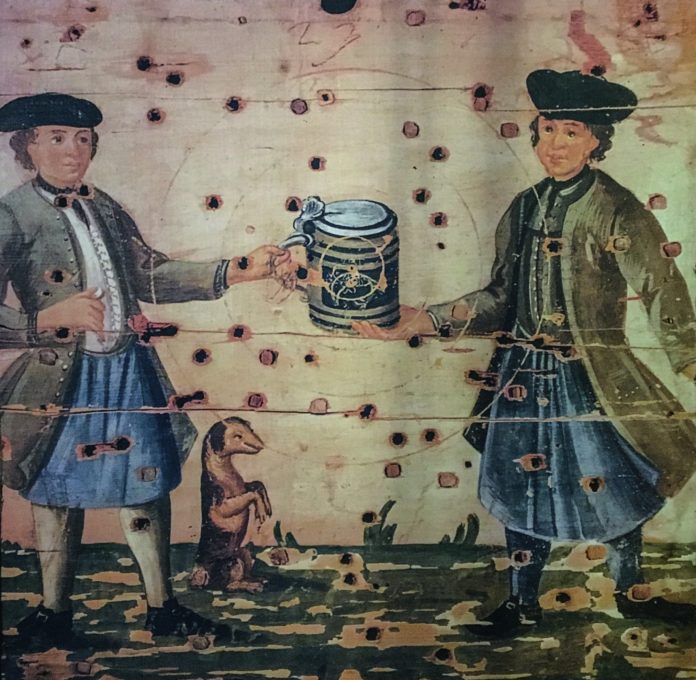 Plan a trip to Bavaria, and perhaps visions of Hansel and Gretel-style houses, Black Forest Cake, and cuckoo clocks will dance in your head. But dachshunds?

Yes, a new museum devoted to the low-slung breed with the long back has opened in the Bavarian city of Passau, which sits on the Danube right near the Austrian and Czech borders. It makes perfect sense since dachshunds are a state symbol of Bavaria. The owners of the Dackelmuseum are former florists Josef K blbeck and Oliver Storz, who have collected more than 4,000 dachshund-related objets d’art over a 25-year period (and some actual dachshunds along the way).

On display, among other things, are dachshund-themed stamps (that are sausage-shaped), art, toys, glass figurines, calendars, hand puppets, musical instruments.— even canine-shaped bread.

Photos of famous people and their dachshunds — Albert Einstein, Leonard Nimoy — are on display as well. (Napoleon had his dachshunds buried with him.)

Dachshunds and artists have had a long relationship. Picasso painted his own hotdog, Lump, a number of times; he had adopted him from the photographer David Douglas Warren. And Andy Warhol had two dachshunds — Amos and Archie.

David Hockney so loved his dachshunds, Stanley and Boodgie, according to Apollo, the International Art Magazine, that he created an entire series of paintings of them (although it was hard to get them to sit still for portraits, he noted). The paintings were later published in a book, Dog Days.

Apollo reports that legend has it Boodgie once relieved himself in actor Dennis Hopper’s villa, which had been designed by Frank Gehry. The actor was purportedly furious, but artist Hockney told him the pile would be dry by the next morning and that he could just pick it up. How’s that for dachshund-loving nonchalance?