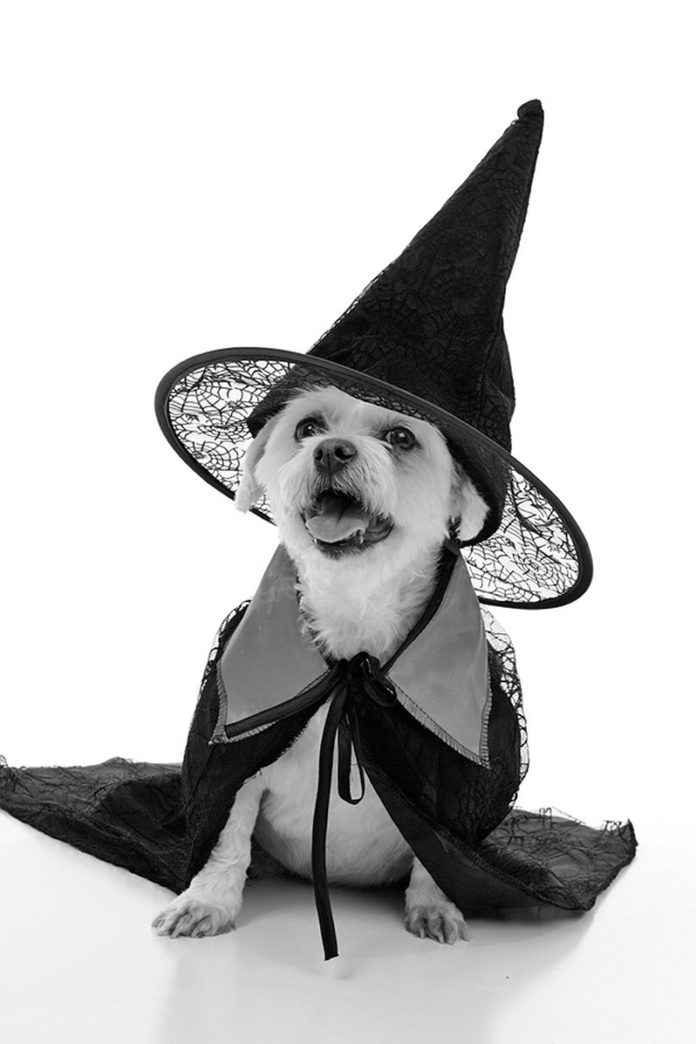 Health scares related to dogs are as old as — well, as old as America, and even older. And depending on the level of hysteria, they can really take off. During the Salem witch trials, for instance, two dogs were executed as witches. Word on the street was that they were dangerous to people’s health because they were “familiars” who could assist their human counterparts in hexing others.

More than 200 years later, in the early 1900s, a misinformed and misguided attempt to stop the spread of a devastating flu sweeping the nation led Phoenix, Arizona, residents and police offers to kill dogs they believed responsible for passing on the deadly virus. So determined were they in their task that local media wrote the city would soon be “dogless.” Of course, we know now that dogs had nothing to do with the spread of the flu pandemic of 1918-1919, which killed as much as 5 percent of the world’s population, just as the dogs in Salem were not the sorcerers they were accused of being.

But it’s easy to be smug with 20/20 hindsight. Canine health scares in the recent past have given people the heebie jeebies, too. And with the advent of the Internet, health scares can spread far almost instantaneously.

Today, most health scares involve possible threats to dogs, not threats that dogs may present to people. One of the first examples of online-disseminated alarm, according to Tufts veterinarian Michael Stone, DVM, who is board-certified in internal medicine, had to do with the heartworm preventative Heartgard. It was said to cause seizures, Dr. Stone recounts but adds, “this was an Internet scare, and totally unfounded.” After 20 years of use, the drug has proven very safe for dogs. Dr. Stone also recalls an Internet scare associated with the heartworm medicine ProHeart6. It was alleged that there were all sort of reactions associated with the product, but after extensive investigation it, too, was found to be safe.

If only all canine health scares could be dismissed as alarmist. Unfortunately, they can’t. This past spring a spate of new canine health concerns made their way to the public pretty much all at the same time. And they all deserve at least some consideration. Here’s a look.

Chicken jerky. The first report linking consumption of chicken jerky treats to dog deaths came from the Food and Drug Administration (FDA) back in 2007. The report was updated in 2013 and again this past May. Most of the treats have been manufactured in China.

Altogether, there have been 4,800 reported illnesses and 1,000 dog deaths that occurred in the wake of consumption of chicken jerky. That doesn’t prove that jerky caused the problems. But it increases suspicion and thereby provides an avenue

In the most recent look at the issue, the FDA stated that of 26 dogs examined post-mortem, half died from causes other than eating chicken jerky, while the cause of the other half’s deaths was inconclusive. But that doesn’t mean a correlation can be ruled out. From the group of dogs whose causes of death were inconclusive, 11 had kidney disease and two, gastrointestinal disease, both of which could have conceivably originated from ingestion of tainted food. Necropsies are still underway, and future updates are expected.

Concurrent with the FDA’s findings come results from an independent study in which jerky treats that appeared to sicken dogs who ate them were brought to the New York State Department of Agriculture and Markets Food Laboratory in Albany for analysis. The treats were found to be contaminated with both the pesticide DEET and the prescription drug amantadine, used to treat Parkinson’s disease. The FDA had found amantadine in chicken jerky, too. Interestingly, during the avian flu outbreak, poultry manufacturers in Asia prophylactically treated their birds with amantadine. Chinese authorities have given their word to the FDA that additional screenings would be done to check for the presence of that drug.

As far as the DEET found in the laboratory analysis, it has the ability to melt plastic and “certainly doesn’t belong in the food supply,” said Dr. Kendall Harr, who heads the Veterinary Information Network’s chicken jerky team and arranged for the testing.

Still, to date, there is no actual verdict on a causal relation between contaminants in chicken jerky treats and illness and deaths in dogs after eating them. It’s all associations as opposed to proof of cause-and-effect. But “something is going on,” says Dr. Stone. “Just because we haven’t found the cause doesn’t mean there isn’t a problem.” He refers to a finding made several years ago that certain dog foods were contaminated with a flame retardant known as melamine, which made their way into the kibble from Chinese food products labeled as rice protein concentrate and wheat gluten. It took a while to connect all the dots, but the contaminated ingredients were found in fact to have sickened dogs in the U.S. (and 50,000 babies who drank formula contaminated with melamine in China, according to that country’s Health Ministry).

Says Tufts veterinary nutritionist Cailin Heinze, VMD, “I would not feed any chicken or duck jerky to my dogs, regardless of the country of origin, until we figure out what the problem is. Why bother? It’s just not worth it.”

Mers Virus. Mers stands for Middle Eastern Respiratory Syndrome, a deadly virus emanating from the Middle East that may be transmitted to people by camels. So what does that have to do with dogs? Mers has now killed 200 people, and scientists are concerned that camels may not be the only animals that carry the virus. Not all victims have had contact with camels, in fact. For that reason, testing will soon be conducted on domestic animals, such as dogs, to see if they carry antibodies for Mers, which would indicate they had it and successfully fought it off. But that still leaves the possibility of cross-species transmission, from dogs to people. “We should remain vigilant,” says Dr. Stone. “I wouldn’t want to downplay any future risks. I’ve personally been worried about avian and porcine influenza outbreaks and the potential to develop human-to-human transmission.”

Canine flu. In Massachusetts recently, an advisory was issued about a cluster of dog flu cases occurring at a boarding facility in Essex County, north of Boston. There were only four incidents, but it was the first cluster to occur outside a greyhound racetrack. The advisory was “mostly to alert veterinarians to be on the lookout for additional cases beyond the reported cluster and to report any new confirmed dog flu cases or an uptick in suspected kennel cough cases,” says Michael Cahill, director of the Massachusetts Division of Animal Health. For the general public, he says, “our recommendation is you should be communicating with your veterinarian if your dog is one that might be at increased risk because he is co-mingling with other dogs on a regular basis.” Venues like dog kennels and dog shows come to mind.

Fortunately, if your vet does feel your dog is at increased risk of the flu, there’s a vaccine. That said, it’s not something dog owners need be “overly concerned about,” comments Rob Halpin, a spokesperson for the Massachusetts Society for the Prevention of Cruelty to Animals. “We haven’t received any cases nor have we seen any uptick in requests for the vaccine.” The chance that a dog flu epidemic will leap from Massachusetts to other states is especially remote. n